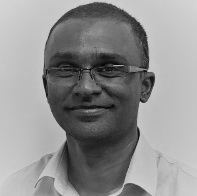 Over the years, he has looked after a number of elite teams including being Chief Medical Officer for the Penrith Emus Rugby team in the Sydney First Grade Competition (2005-2008), the Penrith Panthers Rugby League team (2010-2012) and assistant doctor to Greater Western Sydney AFL (2013). Currently, he is the Chief Medical Officer of the AIS Canoe and Kayak Slalom team based in Penrith.

David has been working at Hills Sports Medicine since 2010. He currently sees all musculoskeletal problems including osteoarthritis and tendinopathies (such as tennis and golfer’s elbow, patella, gluteal and Achilles tendon problems), and is able to advise on treatment and rehabilitation options.

All patients require a referral from a GP or Medical/Surgical Specialist.